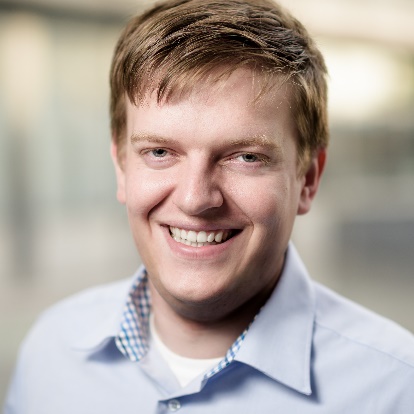 Dr. Peter Tiefenböck completed his Bachelor and Master studies in FAU Erlangen Nuremberg (Germany), and then he joined the lab of professor Jean-Christophe Leroux for his Ph.D study (03/2013 – 07/2017) at Institute of Pharmaceutical Sciences, Swiss Federal Institute of Technology Zurich (ETH Zurich), Switzerland. He is a licensed pharmacist in both Germany and Switzerland since 12/2012. After the Ph.D study, he worked at Novartis in Switzerland as postdoc and he was promoted as a Principle Scientist in Cell and Gene Therapy of Novartis since 10/2018. Since 11/2017, he warked as a Lecturer Galenics (Pharmaceutics) at ETH Zurich. Dr. Tiefenböck has published first-authored papers on top journals such as Advanced Drug Delivery Reviews, Angew. Chem. Int. Ed, and ACS Nano. At the same time, he has practical experience as licensed pharmacist in Switzerland and Germany, and work experience in pharmaceutical industry.

Microinjection is a well-established tool in cell biology for the introduction of exogenous material into cells. In the context of drug delivery, it could enable using cells as vehicles for drugs and enzymes. Microinjection allows the introduction of compounds directly into the cytoplasm or nucleus, bypassing the endosomal pathway and sparing them from lysosomal breakdown. Hence, degradation-prone molecules like proteins and enzymes could be introduced and new biological functions added to the recipient cells. Here we have used microinjection as a mean to introduce liposomes containing biologically active cargo into single cells, thereby producing modified cells bearing synthetic organelle-like vesicles with novel properties. As a model system, a liposomal formulation encapsulating active trypsin was developed and injected into HeLa cells. Stability measurements were performed employing a fluorescence dequenching microscopy-based approach, in which the integrity of different liposomal formulations containing a dye/quencher pair was verified post-injection using detergents. Cytotoxicity was also evaluated by microscopy employing a propidium iodide exclusion assay. The injected formulations remained inside the cells and exhibited high stability for up to two days, and showed to be well-tolerated since cell viability was comparable to that of the buffer-injected cells. Interestingly, contrary to what is observed with injections of dye alone, fluorescently labeled liposomes were diluted in a non-linear fashion upon cell division. Trypsin activity was measured in injected cells using a cleavable membrane-permeable fluorogenic substrate. Enzymatic activity was successfully detected in the cells injected with liposomes, giving an exciting prospect for other therapeutically relevant enzymes in the future of this new platform for cell engineering.